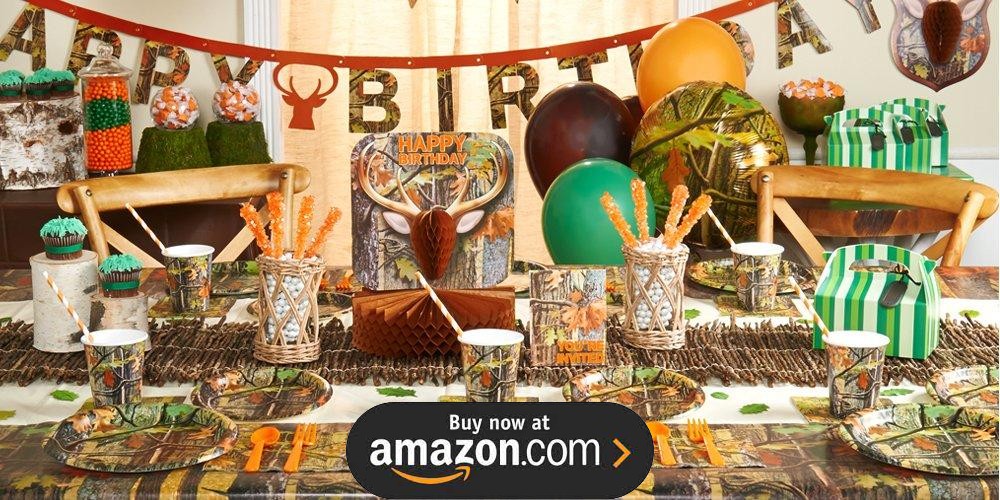 The idea of Hunting Camo is not just limited to costumes or props but it is more centered on music, games and confetti. You can add fun to your party by getting your kids and their guests involved in games based on Hunting Camo theme.

There is no party without a cake because kids love cakes and a well-decorated Hunting Camo cake will set the mood of the party. Hunting Camo party packs include themed topper sets that will help you decorate your party cake with fun and color. You could also make cup cakes of various shapes and color based on Hunting Camo party theme that would bring that smile of joy on your kids face. Your guests would also enjoy Hunting Camo themed cupcakes.

Hunting Camo Party Supplies are all about Fun!

The History of Invisibility and the Future of Camouflage